What I’m Reading – April & May 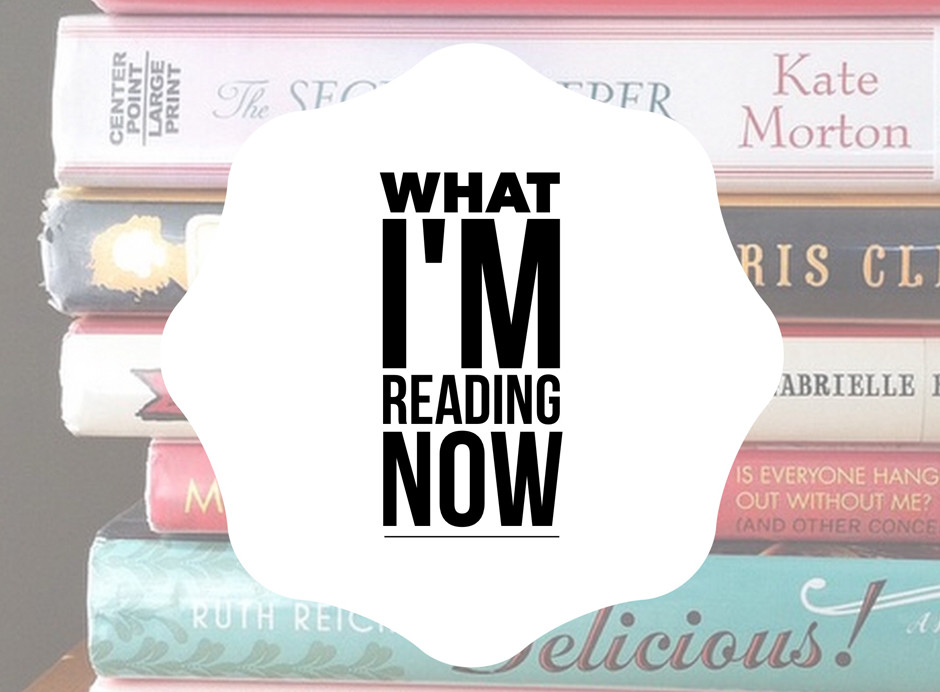 To keep on track with my goal to read 50 books this year, I started a monthly posting series titled “What I’m Reading.” As I share what I’ve been keeping on my nightstand, I would love to hear what you’ve been digging into as well. Scroll down to the bottom and leave a comment. What have you been reading lately?

19. The Sacred Year by Michael Yankoski

Frustrated and disillusioned with his life as a Christian motivational speaker, Michael Yankoski was determined to stop merely talking about living a life of faith and start experiencing it. The result was a year of focused engagement with spiritual practices–both ancient and modern–that fundamentally reshaped and revived his life.

I enjoyed reading about Michael’s journey, but it sometimes lacked in practicality, making it difficult to apply the larger truths to my own life. It might be a good book to pick back up when I’m a bit older.

20. The Signature of All Things by Elizabeth Gilbert 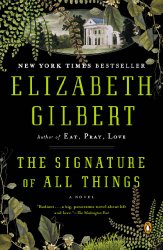 Spanning much of the eighteenth and nineteenth centuries, the novel follows the fortunes of the extraordinary Whittaker family as led by the enterprising Henry Whittaker—a poor-born Englishman who makes a great fortune in the South American quinine trade, eventually becoming the richest man in Philadelphia. Born in 1800, Henry’s brilliant daughter, Alma (who inherits both her father’s money and his mind), ultimately becomes a botanist of considerable gifts herself. As Alma’s research takes her deeper into the mysteries of evolution, she falls in love with a man named Ambrose Pike who makes incomparable paintings of orchids and who draws her in the exact opposite direction—into the realm of the spiritual, the divine, and the magical. Alma is a clear-minded scientist; Ambrose a utopian artist—but what unites this unlikely couple is a desperate need to understand the workings of this world and the mechanisms behind all life.

I wanted SO MUCH to like this book. And I did for the first hundred pages or so, but some of the storylines dragged on, and some were just plain weird, not at all necessary for the story. I found myself pushing to get through to the end. I think this book could have been really great, but it just wasn’t.

Alice Howland is proud of the life she worked so hard to build. At fifty years old, she’s a cognitive psychology professor at Harvard and a world-renowned expert in linguistics with a successful husband and three grown children. When she becomes increasingly disoriented and forgetful, a tragic diagnosis changes her life—and her relationship with her family and the world—forever.

Eye-opening and gut-wrenching, this was a well written book, but just so sad. Definitely not a light book, but worth reading.

22. God and the Gay Christian by Matthew Vines 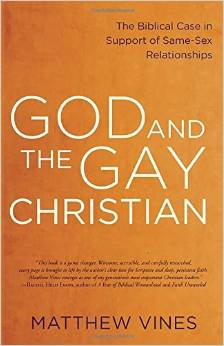 As a young Christian man, Matthew Vines harbored the same basic hopes of most young people: to someday share his life with someone, to build a family of his own, to give and receive love. But when he realized he was gay, those hopes were called into question. The Bible, he’d been taught, condemned gay relationships. Feeling the tension between his understanding of the Bible and the reality of his same-sex orientation, Vines devoted years of intensive research into what the Bible says about homosexuality.

I found this book to be well thought-out, researched, and personal.

They all thought he was gone. But he was alive and trapped inside his own body for ten years. In January 1988 Martin Pistorius, age twelve, fell inexplicably sick. First he lost his voice and stopped eating. Then he slept constantly and shunned human contact. Doctors were mystified. Within eighteen months he was mute and wheelchair bound. Martin’s parents were told an unknown degenerative disease left him with the mind of a baby and less than two years to live. Martin was moved to care centers for severely disabled children. The stress and heartache shook his parents’ marriage and their family to the core. Their boy was gone. Or so they thought.

WOAH, this book is incredible. I couldn’t put it down. And yes, it is a true story.

24. A Hundred Summers by Beatriz Williams

Memorial Day, 1938: Lily Dane has returned to Seaview, Rhode Island, where her family has summered for generations. It’s an escape not only from New York’s social scene but from a heartbreak that still haunts her. Here, among the seaside community that has embraced her since childhood, she finds comfort in the familiar rituals of summer. But this summer is different. Budgie and Nick Greenwald—Lily’s former best friend and former fiancé—have arrived, too, and Seaview’s elite are abuzz. Under Budgie’s glamorous influence, Lily is seduced into a complicated web of renewed friendship and dangerous longing. As a cataclysmic hurricane churns north through the Atlantic, and uneasy secrets slowly reveal themselves, Lily and Nick must confront an emotional storm that will change their worlds forever…

I have no idea how this book ended up on my list, but I devoured it. Such a great summer read! The storytelling is fantastic, it’s almost like watching a movie. And after the first few chapters, you are just DYING to know what happens. Definitely recommend!

25. All the Light We Cannot See by Anthony Doerr

Marie-Laure lives with her father in Paris near the Museum of Natural History, where he works as the master of its thousands of locks. When she is six, Marie-Laure goes blind and her father builds a perfect miniature of their neighborhood so she can memorize it by touch and navigate her way home. When she is twelve, the Nazis occupy Paris and father and daughter flee to the walled citadel of Saint-Malo, where Marie-Laure’s reclusive great-uncle lives in a tall house by the sea. With them they carry what might be the museum’s most valuable and dangerous jewel. In a mining town in Germany, the orphan Werner grows up with his younger sister, enchanted by a crude radio they find. Werner becomes an expert at building and fixing these crucial new instruments, a talent that wins him a place at a brutal academy for Hitler Youth, then a special assignment to track the resistance. More and more aware of the human cost of his intelligence, Werner travels through the heart of the war and, finally, into Saint-Malo, where his story and Marie-Laure’s converge.

I was on the waiting list for this one for a long time, so I was thrilled when the book lived up to the hype. I’m beginning to think historical fiction is my favorite genre.

To Kill a Mockingbird by Harper Lee

This post contains affiliate links. If you decide to click through and buy one of the books I mentioned, Amazon will throw me a few pennies.

What are you reading? What should I add to my list?

Grace for the journey